Price Listed is per single cabinet.

These can be linked, there are 2 X identical cabinets available.

Race the world's most desirable cars for the ultimate high-octane rush.

Sit down, strap in and hold on tight! Sega's Grid, originally released as a console game on the Xbox 360, PS3 and PC in 2008, was developed into a full-blown arcade machine in 2010.

Users loved the sensation of speed, the range of desirable supercars, and the faithful recreations of some of the world's most famous race tracks.

There are three game modes to explore. The first is the Quick Race - just select your car, your circuit, and put your foot down. This is the game stripped down to the minimum, where all you need to do is drive as fast as you can. Sound easy? Try it.The second mode is Multiplayer. Like Quick Race this is designed to get you racing as quickly as possible, but this time against a friend. With twin dual monitors and moulded bucket seats this game was designed for Multiplayer action, and the races can get extremely tense. Remember - rubbing's racing, but no elbows.

The third mode is Championship. Pick your race car and work your way through three tiers of races, and don't hold back - you need to finish in the top three to progress through each level. Win every race to unlock the secret track and become the ultimate champion.

Grid pits you against your friends or against blistering AI drivers in some of the finest supercars in the world today, each with its own unique driving characteristics. Tracks include Donington Park, Spa Francorchamps and the formidable Nurburgring, as well as road circuits like Okutama, Milan and Long Beach. The twin cabinet is equipped with high-quality 32-inch or 42-inch high-definition monitors, immersive LED lighting effects and a pounding 2.1 digital sound system. Subwoofers are mounted in the seat to simulate the feel of road surfaces. The steering wheels feature force feedback for dynamic motion effects, and you can view the action from three camera angles. This is a game for the discerning collector and supercar fanatic, and one that will provide years of exciting racing. 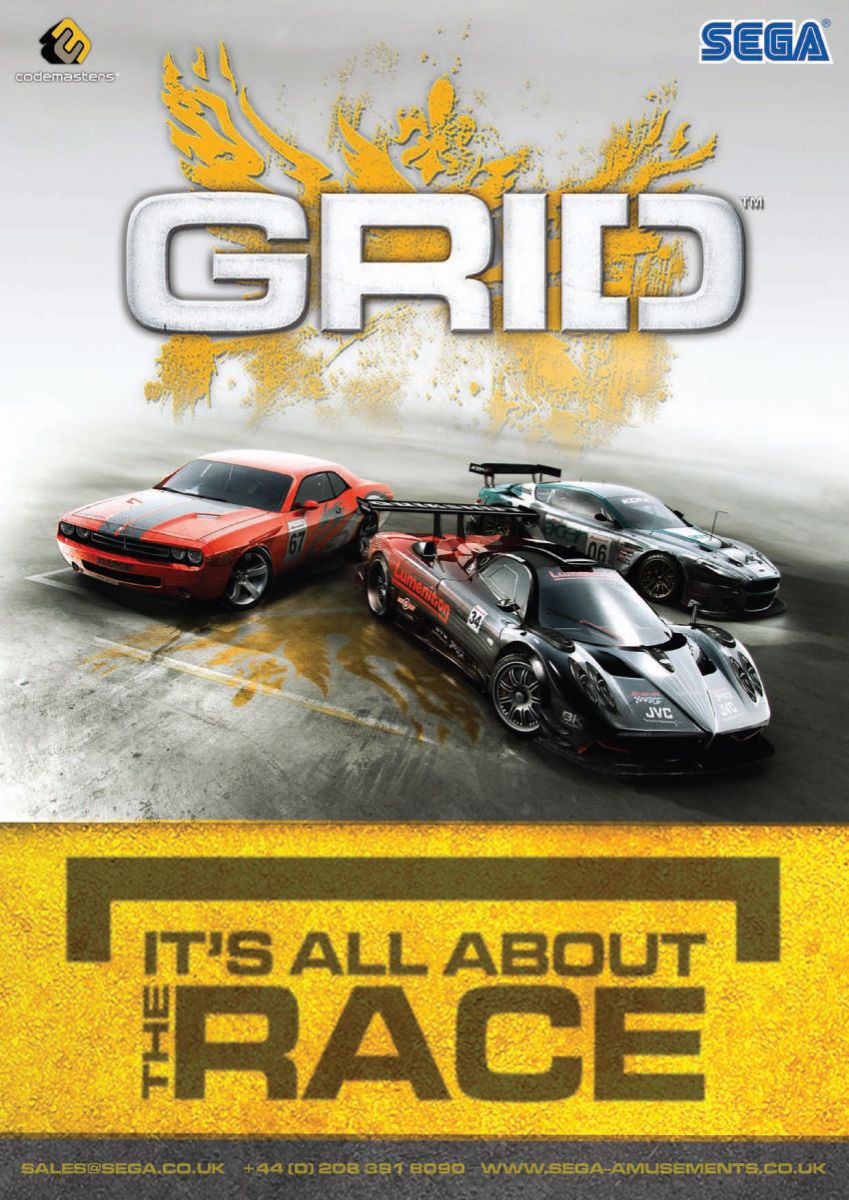